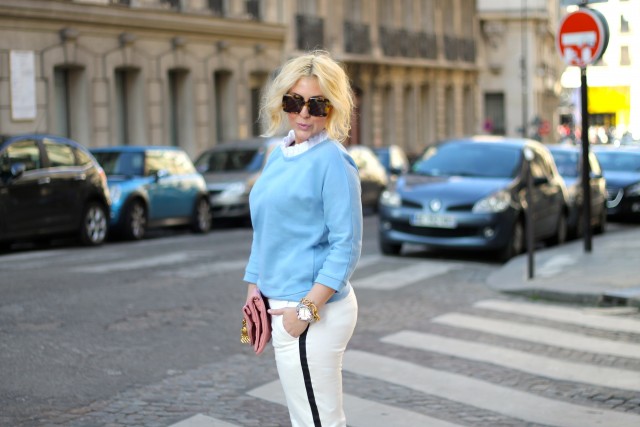 Put on a Panama hat and take me back to Paname. Apparently Paris earned this nickname at the begining of the 20th century due to the number of Parisians rocking Panama hats. Today Parisians refer to Paris as Paname when they refer to the city as an exotic place…so for me this would be everyday!

This look is from one of my last days in Paris. I had purchased this top at Claudie Pierlot (the sister company of Maje + Sandro) the day before and knew it would be the perfect piece to pair with these Gap tuxedo khakis. 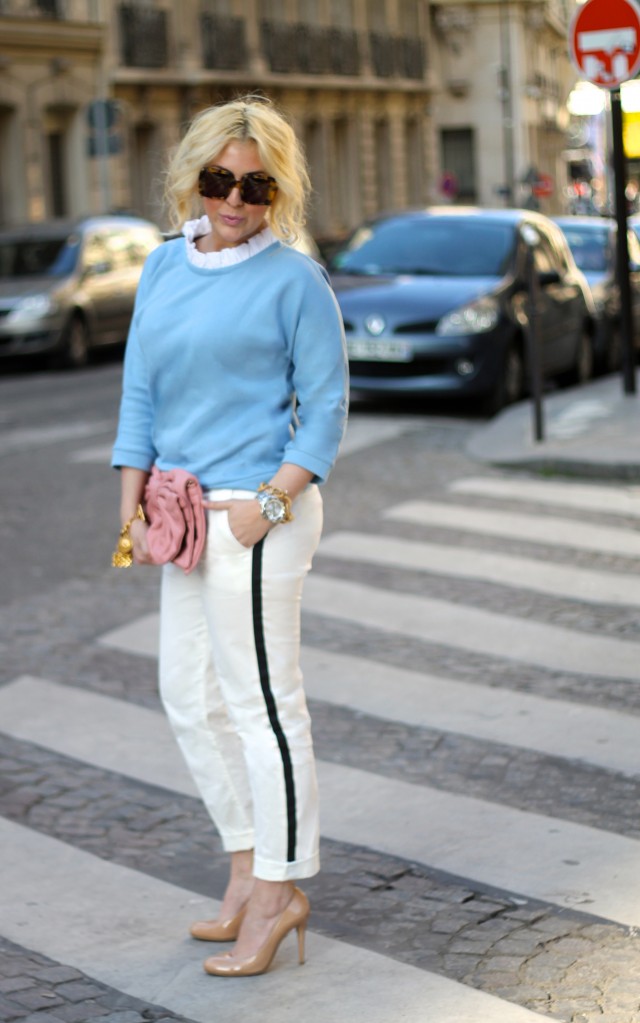